Inexpensive beginner racket with good playing characteristics. The GEWO RAVE ACTION is an ideal entry-level model for hobby players and for school sports. Thanks to the GEWO SENSETISE-Grip-System, the racket, which is very easy to play and control, lies perfectly in the hand and provides an intense grip.

Inexpensive beginner racket with good playing characteristics. The GEWO RAVE ACTION is an ideal entry-level model for hobby players and for school sports. Thanks to the GEWO SENSETISE-Grip-System, the racket, which is very easy to play and control, lies perfectly in the hand and provides an intense grip. 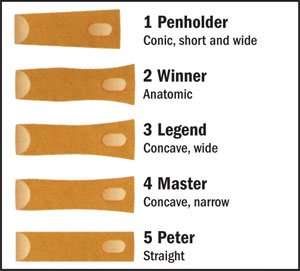